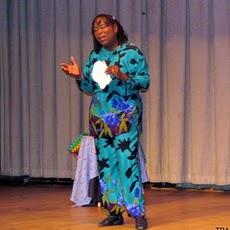 One of edtec's multi-talented employees recently had a performance of a lifetime. She shared her reflections on that experience with our team, and so we share them with you. Enjoy.

"I recently performed my one woman show “Bag Lady” at the YMCA on November 20. I told my story through the purses that I’ve carried throughout my lifetime. It’s not easy putting yourself out there to the world sharing my secrets and my joys with others. I was very nervous, although I’ve done this twice already. Yet I wanted people to know that we can heal our emotional wounds. I was so grateful that the staff of edtec Central was there right in the front row of the show supporting me. I would like to thank you all for first of all taking time to spend an evening with me and second for just being such warm, supportive and dynamic people. May this holiday be filled with love as you look at your life and the blessings you’ve received over the years. Thank you all from the bottom of my heart, thank you.
Kim Kelsey"

If you would like more information about Kim's show "Bag Lady" or just about Kim, you can visit her blog at http://www.kimkelsey.blogspot.com 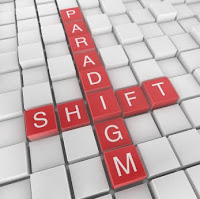 It's so important to take a step back at times and think about the things we don't take the time to see. Shifting your paradigm, the way you see the world, can make such a difference in your life. Attitudes can change, your mood can change, and the way you treat others can change.


In a blog I ran across recently, there was a great commentary about making a paradigm shift in your life. The video that accompanies it is truly powerful. Please take a moment to read the blog and view the short video. It will change the way you see the world and the people around you.


You can read the blog here.

Posted by edtec central at 10:58 AM No comments: 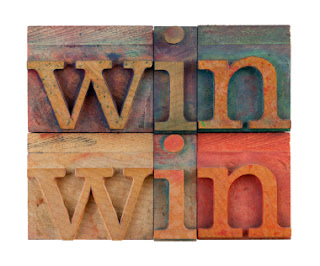 November is the perfect time to be putting some extra thought into habit 4: Think Win-Win. It was the recent election that got me thinking about the power of positive thinking and a win-win attitude. I stopped at my usual coffee shop on my way to work the morning after the election, and in front of me in line, a lady was ranting and raving about the election results. This woman was fired up and extremely angry, letting anyone and everyone in the store know about how she felt about the fact that nothing is going to be accomplished (in her mind) that will be good for Michigan. Being the habit-minded person I am, I could have noted to the lady that she was not being very proactive by venting her politically-induced frustration on a store full of strangers.

Instead, I thought about the common belief that so many Americans have that nothing much gets accomplished in government when party control shifts so much and the balance of power so often holds up new legislation and forward progress.
Wouldn’t it be great, I thought, if politicians had more of a “win-win” attitude? Thinking win-win isn’t about

Read more »
Posted by edtec central at 10:55 AM No comments: